You are here: Home / Articles / Detox with a Vegetarian diet 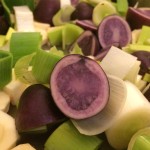 It is up to each of us to take care of our own health. A great place to start is a vegetarian diet. Fill your body with vibrant vegetables that collect vitality straight from the sun instead of dead animals and you’ll remove the most unhealthy ingredients in your diet and not only extend your life, but most importantly improve the quality of your life every day.

If you pay careful attention to what you put into your body—but more importantly, what not to put into your body—your health will increase dramatically and as a bonus you’ll instantly upgrade your chances of not becoming one of the 42% Americans that gets cancer.

To begin the healing process, the first thing to do is take the following items out of your diet completely: sugar, alcohol, dairy, processed food and factory (non-organically raised) meat.

Let’s take a look at what meat contains that adds to your risk of cancer and other diseases.

There are four major groups of toxins found in factory meat that you should be aware of: pesticides, antibiotics, growth hormones, and saturated fat.

If there is one reason to consider a vegetarian lifestyle, it is the chemical buildup found in non-organically raised meats, known as bioaccumulation. Produce grown non-organically in the United States is doused with pesticides like Monsanto’s Roundup.

The advent of pesticide use in large-scale farming was introduced just after World War II to increase productivity and drive profits. Unfortunately, no long-term studies have been conducted to determine the ramifications of such use. And thanks to Monsanto, we are still using such toxins more than ever.

One such chemical present in our food chain today is dioxin. You may have heard of this chemical. It is the contaminant in Agent Orange, the defoliant used in the Vietnam War that was found to cause birth defects in children of exposed parents. As far back as 1974, a representative of the Environmental Protection Agency (EPA) testified before congress that dioxin is “…by far the most toxic chemical known to mankind.” But this has not stopped its use. On October 17, 2003, the Boston Globe reported that the EPA, under the Bush administration, refused to enforce a new limit to the use of dioxin-laced sludge as a fertilizer on farms, forests, parks, and golf courses. Dioxin has been shown to cause cancer, birth defects, miscarriages, and in the worst cases, death.

This has been bioaccumulating in your chicken wings and its only the beginning.

Here is how bioaccumulation works. When you or I eat such a piece of corn, one dose of that chemical enters our body. The same goes with farm animals. As a product of the food chain, the cow that your Big Mac came from consumed hundreds of meals coated in dangerous pesticides. Unfortunately, it does not pass through the animal’s digestive tract, but rather bioaccumulates in the tissues of the animal over and over again. By the time the animal is slaughtered, it has bioaccumulated every dose of foul pollutants it has ingested.

But that’s not the end of the cycle. When you consume that flesh, that lifetime of toxins are passed into your body, and the struggle of breaking them down, is passed to your immune system.

Antibiotics are used in factory farms, to keep the animals healthy despite their rancid conditions. The New England Journal of Medicine pointed out that farmers are using the same antibiotics that are used to treat human infections. This is a problem because bacteria are becoming resistant to antibiotics in the medical arena.

In a 1999 study on the impact of agricultural antibiotics, analysts linked a rise, from 1 percent to 10 percent, in antibiotic resistance in bacteria, to the 1995 approval of antibiotics used in poultry—antibiotics in the same class as Cipro. (Cipro, used to treat anthrax, would be a bad thing to be resistant to.)

Researchers at UCS estimate that roughly 24 million pounds, or 70 percent of the antibiotics in the United States are fed to healthy livestock. “‘Although the 3 million pounds [prescribed to humans] are thought to be responsible for the greater contribution to antibiotic-resistant disease, the 24 million pounds cannot be ignored,’ for reasons of sheer volume, USC’s Margaret Mellon said.”

While this, according to my research, is not tied directly to cancer, it compromises our ability to fight off bacterial infections. Such an infection only compromises the body’s immune system when it needs it most—to combat malignant cells. And malignant cells are what you’ll get from the next popular additive to your Thanksgiving turkey.

In the United States it is legal to give cattle hormones such as estrogens, testosterone, progesterone, and others. Well, cancer cells are fueled by estrogen. Giving hormones directly to the animals is like adding fuel to the fire. One reason why the European Union hasn’t bought meat produced in the U.S. since January 1, 1989, is the twenty-fold increase in estrogen levels.

The British Medical Journal reported harmful effects of growth hormones in meat involve developmental, neurobiological, genetoxic, and carcinogenic repercussions, and that even small residues of such hormones increase the risk of cancer. How do you like your steak, medium or well done?

The final element contained in meat that increases your risks of cancer is saturated fat. There are no shortage of scientific studies that connect animal fat with cancers of the lung, colon, rectum, breast, endometrium, and prostate.

A vegetarian diet is one of the best ways of minimizing the toxic chemicals, enemy free radicals and preventing malignant cells from growing in the body.

Aside from lengthening your life, the biggest benefit is the quality of life, the clarity, the good karma, and the added sensitivity to subtle energies. We will save that for another segment. In the mean time, think about adding vibrant veggies instead of dead flesh and your body will be so so happy. 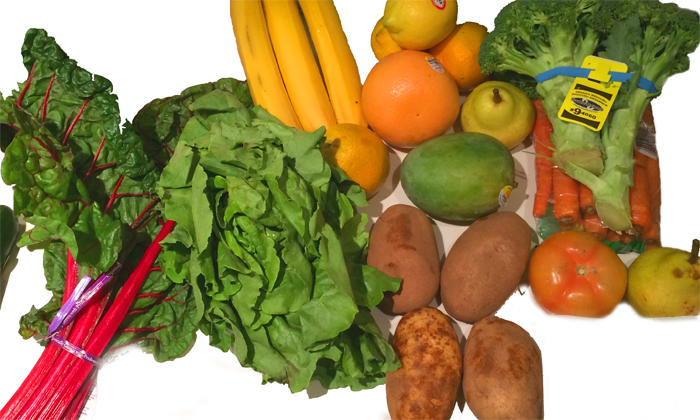