You are here: Home / #awakening / Just Label it! Conceal or Reveal National Campaign

At the Deepak Homebase nestled in the gorgeous ABC Carpet and Home off NYC’s Union Square, a group of people met to discuss Just Label It! Conceal or Reveal, a movement to make mandatory the labeling of GMO’s, so consumers can make better-informed choices about our food. Led by speakers Gary Hershberg, Jessica Seinfeld and Ken Cook, hosted by Stephanie Ruhle, the conversation has begun. 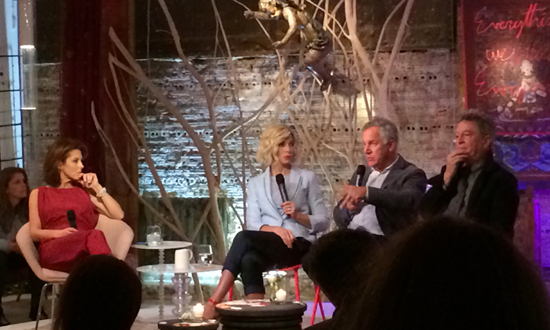 As you probably have heard, GMO (Genetically Modified Organism) food is currently not labeled here in the US. Yet citizens of 64 other countries, including Russia and China have this right.

It is believed that, GMO’s have lower nutritional quality than natural foods making the nutrients unavailable or indigestible to humans. Additionally, the effects of ingesting such foods loaded with herbicides and toxins in the GMO’s may cause diseases such as Cancer, Parkinson’s, Allergies and Autism to name just a few.

There is also speculation that bacteria living in the digestive tracts of humans and animals could build up an antibiotic resistance gene from a GMO plant. Currently 60% – 100% of the rainwater in the midwest is already contaminated with the powerful herbicides like Roundup used to grow GMO crops.

The corporations behind the GMO foods are very powerful and wealthy. They are quickly buying up established healthy brands such as Annie’s and Quaker, which was recently purchased by Pepsico. Once purchased they change the traditional ingredients to GMO’s, which is more cost effective for them and dangerous for us. But, they are currently not required to label GMO ingredients.

We deserve to know what we are buying and eating by demanding transparency in our food system, our health and ultimately our lives depend on it. We need to take a stand for mandatory GMO labeling in the US.

The good news change is happening, recently the progressive restaurant chain Chipotle has committed to remove all GMO ingredients from it’s food. Mandatory GMO labeling would be a huge step in the right direction.

As Margaret Mead said, “Never doubt that a small group of thoughtful, committed citizens can change the world; indeed, it’s the only thing that ever has.” 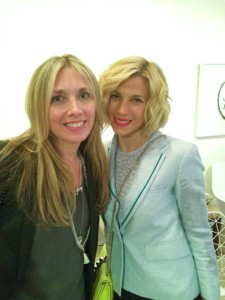