You are here: Home / Articles / Gentleman’s Guide to Girls in Yoga Pants

Girl in Yoga pants in NYC

If you are tapped into social media, you have probably seen this hidden camera video of men checking out the girl in the yoga pants in New York City. It is hilarious, disgraceful, and a great topic to discuss towards being a modern evolved Gentlemen.

But first of all, give these men a break. I mean, come on, the term “red blooded male” exists for a reason.

We men appreciate beautiful things—especially in the form of God’s greatest gift to the planet, women.

But despite being red blooded men, there is a separation between gentlemen and dogs. For starters, let’s take Jerry Seinfeld’s advice to George about looking at woman’s cleavage, “Looking at cleavage is like looking at the sun: You don’t stare at it, it’s too risky. You get a sense of it and you look away!”

Joking aside, let’s talk about it.

So what are the guidelines?

The important thing to realize is that you are writing your own book. So let’s talk about the underlying aspect of all of these videos: objectification.

First of all, being a Gentleman is all about integrity. And Integrity is doing the right thing even if no one is watching. Will you be graceful and respectable? Or are you just a dog?

Of course we can appreciate beautiful women. They go through a tremendous amount of effort to look good for us. But there is a fine line. As true gentlemen, we must embrace and empathize with the concept of objectification to truly know what goes on with women.

Philosophically, objectification means treating a person as an inanimate material object, without regard to their dignity.

This is one of the most poignant topics that is rarely discussed, that modern evolved Gentleman must be aware of.

When watching the viral NYC yoga pants video keep in mind that even the guys that said something polite were still seen as creepers by a lot of women. The root cause is this: If someone is reduced to just what they look like, it leaves only a very small fragment of the whole person to appreciate.

Men that are only attracted to the bottom two chakras of a woman’s body are most likely only operating from those two chakras down themselves. If you’re looking to meet a more highly evolved lady, you’re going to have to operate on a higher plane yourself.

As a man, how would you feel if someone immediately judged you by what shoes you were wearing? Or what your hair looked like that day? Or what YOUR ass looks like?!

Walking a mile in women’s shoes

Despite reading about objectivism, it is very difficult for us men (myself included) to truly internalize what it means. Fashion designer Norma Kamali has an active effort called Stop Objectification that helps women get over the embarrassment and humiliation from being judged by their looks and getting cat calls on the street for their entire lives.

Kamali also has this film short called Hey Baby bringing awareness to the fact that a lot of the gorgeous women you see walking down the street have a lot more going for them than just a hot body.

So Gentlemen, if you want to distinguish yourself, realize this: It is not if you check out a beautiful figure walking down the street or not. It is about what chakras are you connecting to. Skin deep or the whole self? We are all complex, multi-faceted human beings, not to be judged by the cover.

Appreciate EVERY woman, no matter what she looks like (or if she shops at Lululemon or not.) With your kindness and generosity, you will rise up with distinction from the pack of dogs that rule the planet. Women and fellow Gentlemen will thank you alike. 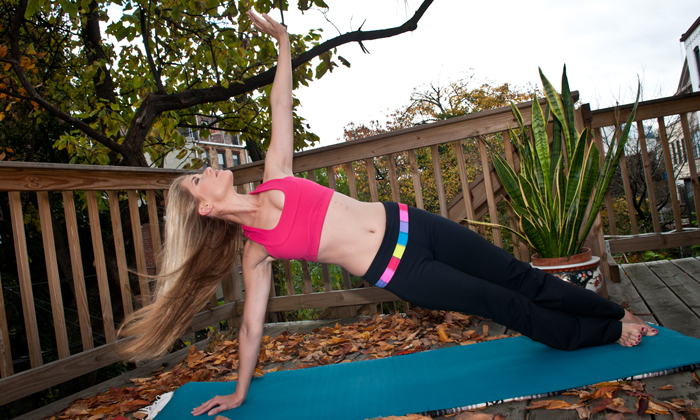 Photo by Jon Heinrich,
Model is Darja Schabad (Case-in-point, here is her bio on Wikipedia.)