You are here: Home / #awakening / Mind Wrap 3: Uniqueness as The Purpose of Life? 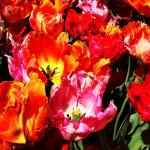 [Editor’s note: As you may recall, the Mind Wrap column is an exercise in creative mind expansion to remind ourselves of the importance of imagination in our lives. The responsibility is yours to goad your imagination towards new and unheard of possibilities despite society’s urge that there is only one “right and wrong.”

The practice is simple: Believe in a unique concept as whole-heartedly as possible for one week.

As you embrace these concepts you can temporarily re-sculpt your neuro-network, thus opening up to ideas and inventions hidden deep within your mind. Now for this exercise, let’s ask ourselves this:]

Mind Wrap 3: What if Uniqueness Was Universally Acknowledged as The Purpose of Life?

A 17 year old boy wrote a 100-page ebook explaining why uniqueness is love and should be pursued on an individual level as if it was the most important thing one could do with one’s life. He open-sourced it on the web. Within a week he had 100,000 reads on his website. Within a year his book had been translated into 130 languages and had 1.8 billion reads. Within 2 years, societies all over the world began to change. A perspective had been introduced that could not be unlearned and it had resonated so profoundly with all of humanity that a renaissance regarding the theory of “what life is” had emerged. Imagine yourself 5 years beyond the date the book was released. Over 5 billion reads meant that almost everyone on earth was aware of the “new perspective”.

For one week immerse yourself in the temporary belief that the whole of humanity revered uniqueness beyond anything else. A person was encouraged, from birth, to pursue uniqueness as their life-long mission and all efforts from society were to support platforms that reward that mission. How would life be different? What kinds of holidays and events would emerge? What would homes look like? What would clothes look like? How would the family dynamic change? If every form of expression was not only tolerated but intensely desired by the community, how would that change your life? Most important, how would you feel about living in a world like that? How would it change your quality of life?

Author’s Ponderings: Uniqueness is Everything

I stand on a platform awaiting my train. Across town, I am meeting a friend for lunch to revisit a business idea we had dreamed up a decade ago… well before “The Epic”. People watching is interesting these days. Fashion is not dictated by fads anymore. Clothes and accessories are uniquely custom, super-functional, dramatic and totally awesome thanks to 3-d printing, 3-d weaving, 3-d welding and just about 3-d everything else. A boy next to me holds a skateboard with a surface that has two footprints molded into it, exact imprints of the bottom of his own two feet. “It’s for downhill racing”, he tells a curious bystander. “My trick board is like something you’ve never seen”. I smiled. He can’t be but 14. I wonder how old he was when he read, or was read, the ebook, now commonly referred to as “The Epic”.

Not only can I tell you exactly where I was when I finished reading it for the first time, but I can tell you the date, the time, what I was wearing, what was hanging on each wall and how my dim office lamp casted shadows across the desk. As I hung on the final word, life started too ooze with clarity. I clenched the arms of my chair, an instinctive attempt to hold onto my previous sense of reality. I was unsteady. I laid my forehead on my desk and forced myself to breathe deeply. The subtle scent of my wooden desk seeped into my sinuses. That’s when the moment became visceral. I sucked that scent into my soul over and over again in longer deeper breaths. I am uncertain how long I remained there but the epiphany … the paradigm shift … the metamorphoses … the moment … for me, I can tell you exactly what that moment smelled like. That moment smelled like old timber.

My train is a little late … no big deal. I settle down on the broad arm of a nearby bench. Looking back, the thing that amazed me the most was the speed at which “The Epic” became universally read. It had to be shared. The morning after my first read, almost wordlessly, I led my wife by the shoulders to my office desk and sat her down at my computer. As she read for hours, I delighted in cutting fresh lavender from the yard, arranging it in a vase and delivering it to her, without a sound. She was the visceral type. She was going to need it.

I can’t tell you the details of the book. I wouldn’t want to. It unravels your world so succinctly and rebuilds your perception of reality so beautifully that I am still unsure just how the magical weaving of words worked. But it did. What I can tell you, is that it changed my perception of “what life is”.

Imagine this. Imagine living life by just two core truths; to love yourself is to live uniquely, to love life is to create that which enables others to live more uniquely. Creativity is not just a part of life. Creativity is the point of life! The more creatively you act, the more valuable you are to the universe!

Immediately I began analyze my life, my past through this new prism. The truths were qualified again and again. It was exhilarating.

On the grandest level, when a mother holds a newborn to her chest for the first time she is overcome by the feeling that she has just brought into this stage of existence, a being with creative potential, greater than any other entity ever known in the history of her life. The emotion is seeded with the fact that she created something so unique that with her assistance will live and create unencumbered unique thoughts, unique actions and experience unique events that will ultimately help expand the universe. Her position, as a mother, having the utmost, intimate relationship with that amazing being, that spirited life-force, was the most inspiring feeling of all. Before “The Epic”, a birth was amazing. After “The Epic”, births were infinitely precious. I thought of my first born. I thought of my mother.

On the simplest level, I re-acknowledged of my immense value to the universe. If creativity was the purpose of life than just the fact that I was born with a unique perspective, was traveling a unique path, and had unique thoughts was as a rule, of tremendous value. I began to love any thought that popped into my head. I began to love every unique solution I could conceive of to solve a problem. I began to love myself for simply sitting on a bench, observing a boy interact enthusiastically with another, feeling the warm breeze on my skin and silently narrating the scene around me. No one ever had or ever will experience that moment, that scene, from that perspective with the “life-path” of experiences and events with which to observe it. I can’t tell you how amazing this is. I can only tell you that love, true love of myself and everything in the universe was defined. Creativity and uniqueness was love. To love was to create. Just by the act of being alive I was living and resonating with love.

Within weeks of the first reading, simply put, the world was happier, and it began to change.

It felt as if the mystery of why we are here had been resolved and everyone had the instantaneous justification to just open up and release the inner artist. Phrases like “the law of uniqueness” had emerged. A child was taught that creativity was why they were here and from a young age they embraced the philosophy and thrived. New sports were created, new buildings were built, new art was almost worshiped, new clothing styles exploded.

People didn’t want conformity and they were rewarding those who offered uniqueness. Before “The Epic”, flash mobs were a sporadic and effective method of supporting a local establishment. Today, they are called flash movements and small, creative businesses can launch in a month with the almost instantaneous crowd-funded support. Small businesses can’t open fast enough to satisfy the demand! It is one of the most beautiful things to be a part of, truly.

A transient women, driven by hunger, lifted a trash can lid so she could get one more meal. She wanted to live one more day, so she could think some more unique thoughts, from her unique perspective, that would be forever imprinted in the energy of the universe, and thus have tremendous value. This is why she wanted to live, because life had become infinitely more precious. Folks would stop and buy her a meal so they could just hear some of her unique tale and make that uniqueness part of it their own perspective. They wanted to help create one more day and enable another to continue to live … uniquely.

New religion’s blossomed with new ceremonies, activities, communities and prayer forms united buy one core fundamental, “be unique”, be your own religion. This was the often unspoken core of the “law of uniqueness”. Historically, many turned to religion to explain the following: where am I from, why am I here and where am I going?

There was an answer. The answer was this:

After thousands of years of not knowing, love was defined and embraced. Fear, sadness, hate, jealousy receded softly out of existence. I want to tell you more but you have to read it for yourself! “The Epic” will cure your cognitive dissonance. Read it.

I can see my train approaching. I lean over and touched my nose to the arm of the park bench and took a breath of fresh timber. The boy with the board reached the train door first, pressed the open button, and entered the vessel. My thoughts traveled to my friend across town. We were going to develop a device that captured the essence of “The Epic” to a tee. We were creating a new device that allows other people to create devices more easily. True to the law of uniqueness, tackling this project is one of the greatest feeling I have ever felt. But that story is for another time.

You are the creator… keep expanding the universe… love.