You are here: Home / Art / Fashion / Color and class in Spades – The Jack Spade Spring/Summer 2015 collection 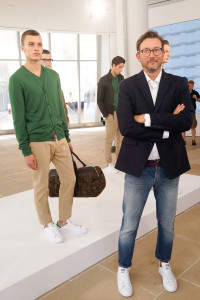 Art is about exploring the interactions of color and its ability to lend sophistication and harmony. The JACK SPADE’s Spring/Summer 2015 Collection was no exception.

Jonathan Cody had the chance to catch up with dear friend, Design Director Todd Magill to explain this year’s careful application of color that was very refreshing at the Spring/Summer 2015 presentation. Todd Magill explained this season’s line was inspired by the mix of Sport and Classic American sportswear. “I see a lot of guys on the streets mixing their sport gear with their work clothes. Ultimately, the collection is about ‘urban utility’ so you can look good in transitional moments, like when you are in between work and running to or from the gym and then out to meet friends.”

Todd also talked about how he drew inspiration from minimalist painter Josef Albers. Todd said “He really understood that color is relationship: one to another, a pattern to its frame, the eye to the mind. Even simple blocks of it, placed with care, can create a whole greater picture than the sum of its parts.” 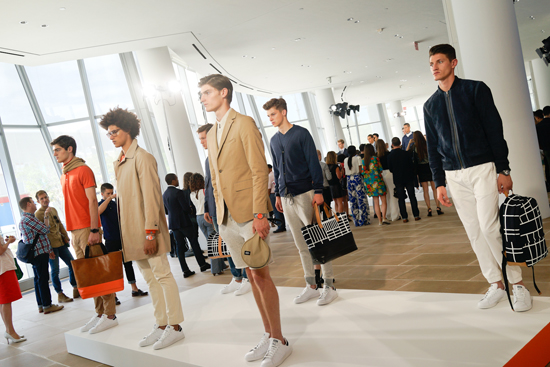 The bags are minimal on the exterior, but inside them the user will find function and utility to serve the function and floral camo and Chambray floral prints to pack the right amount of visual punch. Key fabrications include technical packable nylon, as seen in a trench and blazer that are lightweight enough to roll up and throw in your bag. 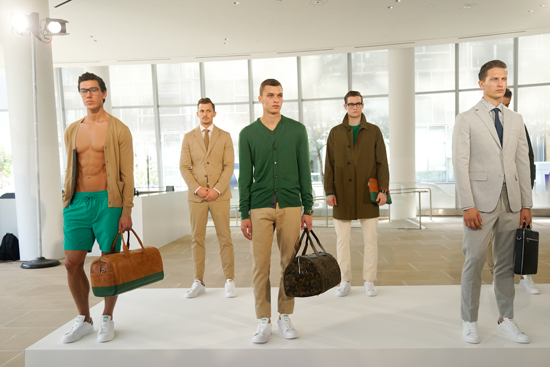 Artist Ian Hundley designed a special navy grid print for a capsule collection of bags and several apparel pieces inspired by aerial maps of the streets of New York. 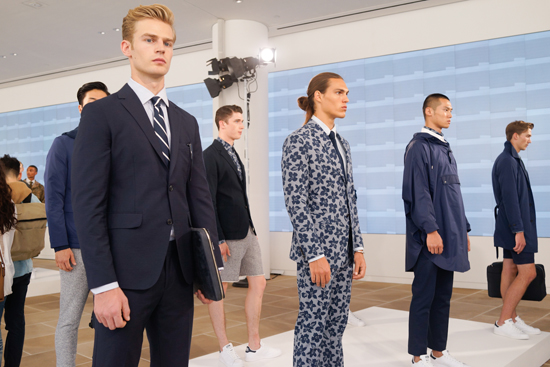 Here are some favorite looks: 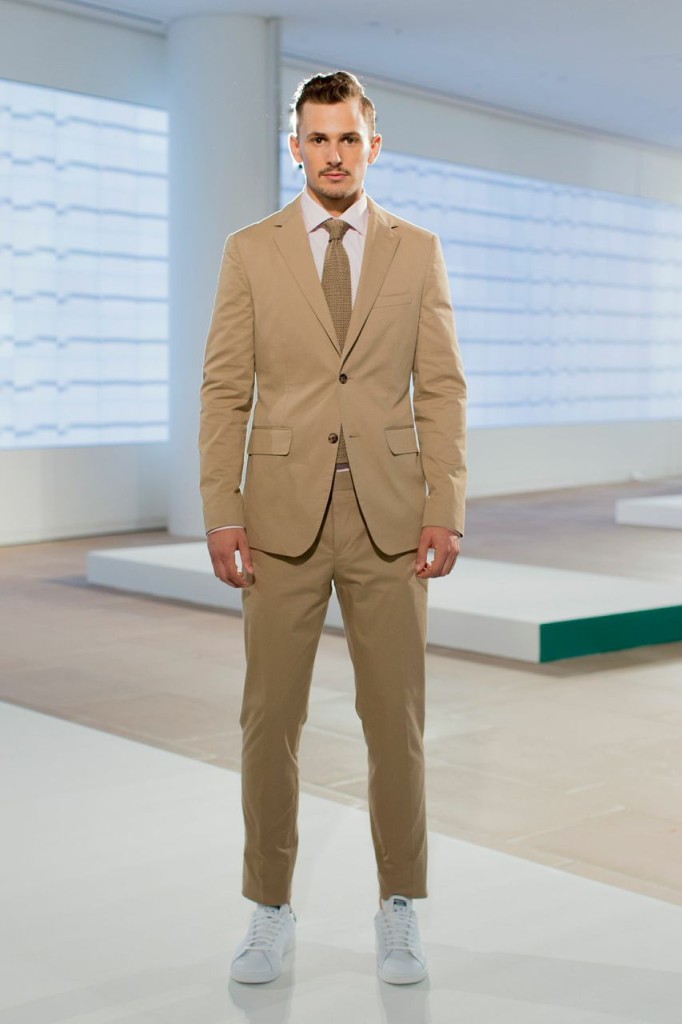 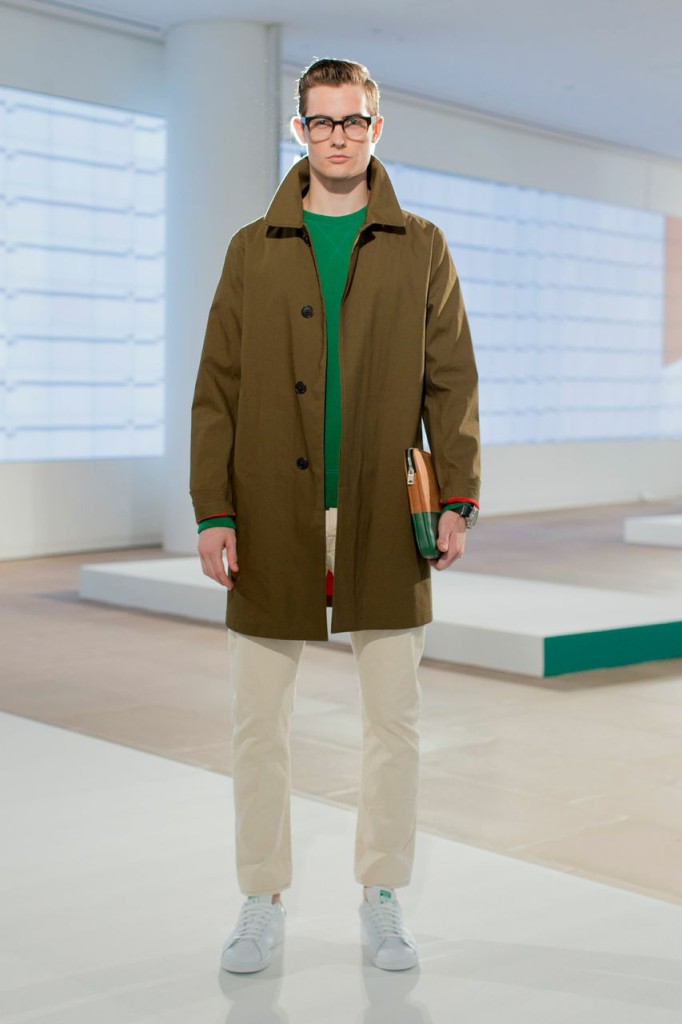 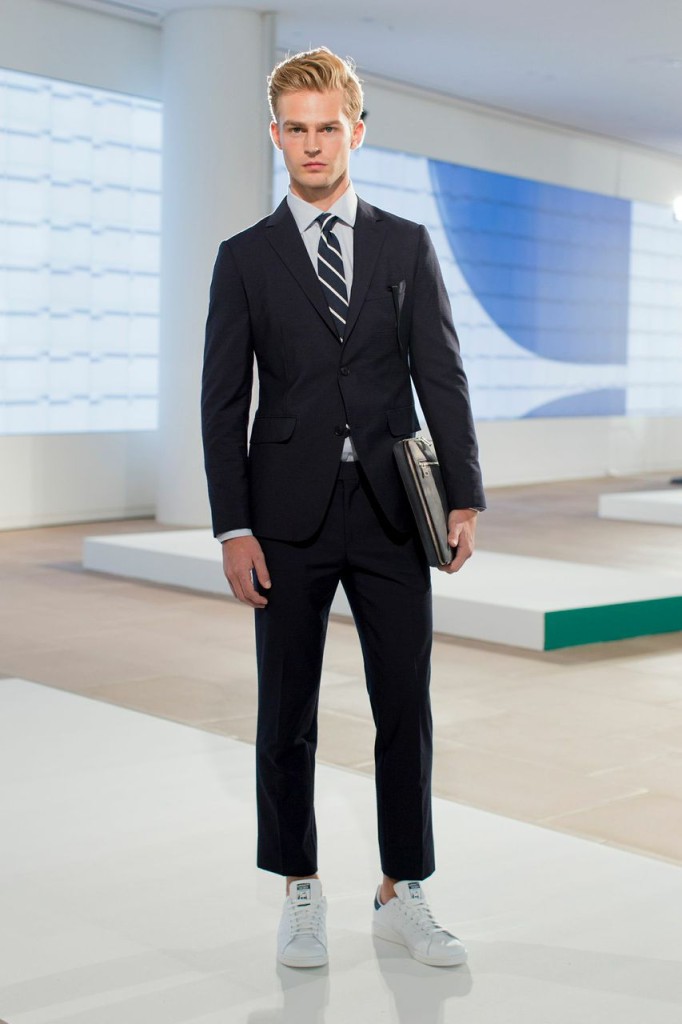 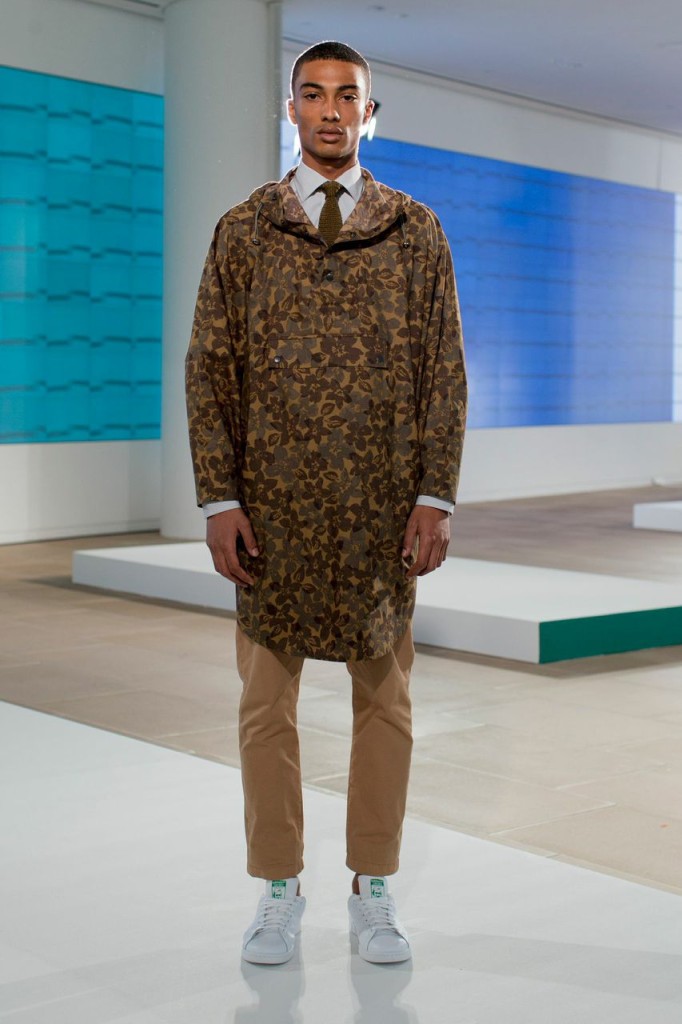 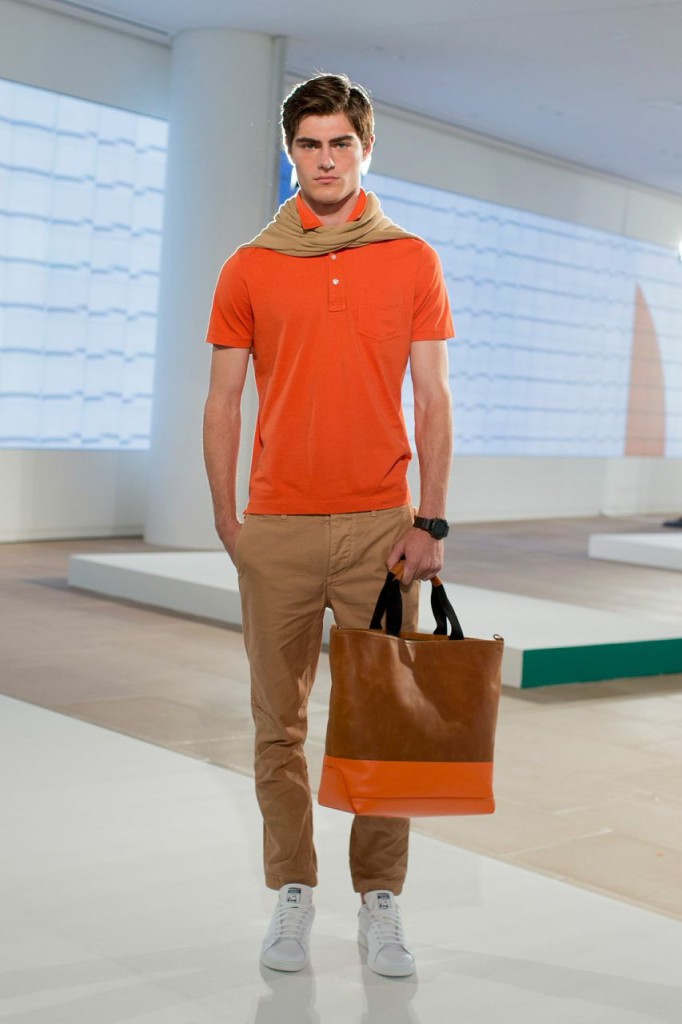 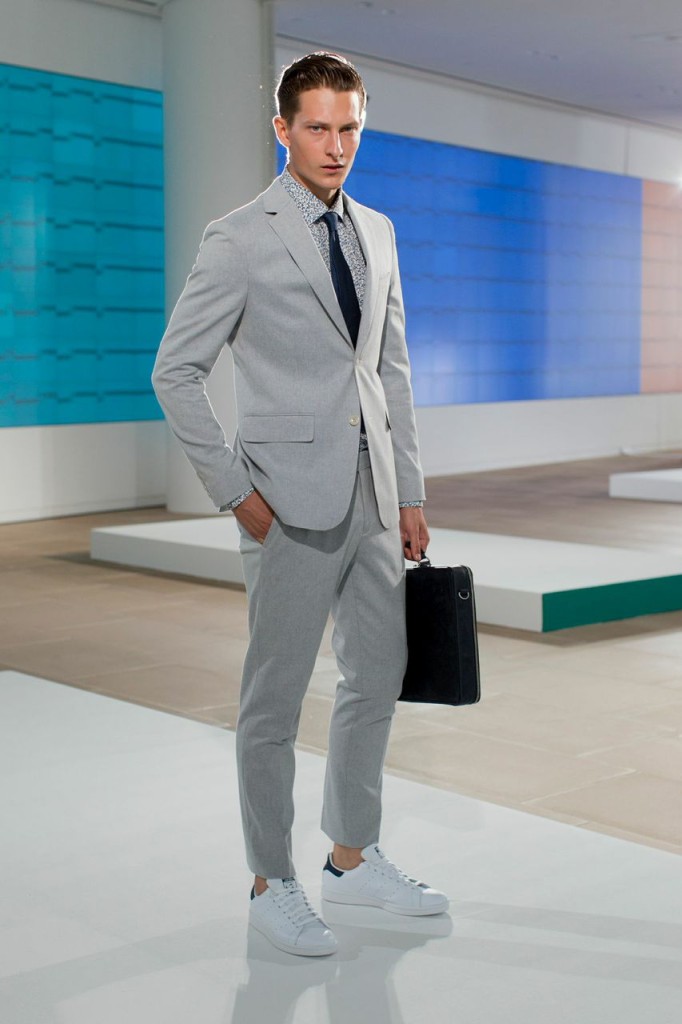 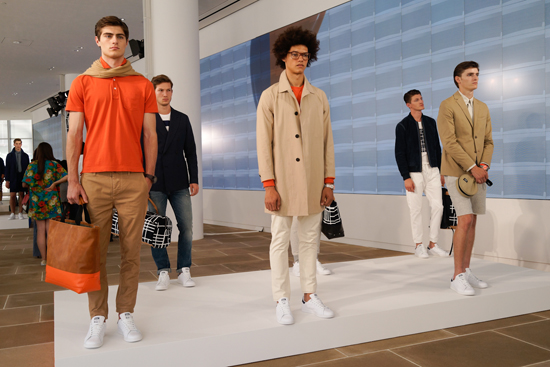 Look for this line to be hitting stores this coming spring.