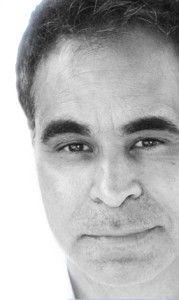 I have never met a man that died twice until I met Mas Sajady, quantum healer and facilitator of powerful transformations within the people he works with. Although Mas would not call himself a healer—nor would he call himself the source of the rapid transformations that people experience in his presence—what he triggers for people is nothing short of remarkable.

Mas Sajady has a gift. Not only does he have his life back—again—with his beautiful family, he brought back a divine wisdom from the moments when his heart stopped beating, and the ability to see and alter frequencies in people, frequencies that have been holding us back from our true potential.

When Mas was 22 he was in a horrible accident at his job loading merchandise. When a freight door suddenly shifted, Mas was crushed, and at that moment he saw his body from above as he floated up into the sky towards the light. But for some reason he was not meant to die then and came back to life to go on and live a blessed life, eventually meeting his wife and having a beautiful family.

Then about 20 years later, it happened again. On a family vacation in the Caribbean, a fun river rafting activity turned deadly when Mas was pulled into a sink hole under the currents, pinned, unable to escape, until he could struggle no more and let go. He saw himself float up through the rocks and water and up to the light. When he opened his eyes, he had been miraculously pulled ashore and was again spared from his second near death experience (NDE).

In that state between life and death he gained the most powerful perspective anyone could imagine, one that he explains as the ocean of love and a Oneness with God. He learned that while it is elusive here on this planet, it is all around us if we choose to tap into it. What Mas came back with, is a gift to help people tap into that Pure Source, and the ability to help clear distortions and negativity from people’s vibrations to help them be better aligned with this life journey.

When Mas starts a meditation you can immediately feel it, your head gets drowsy as you start to go into a trance state, but Mas continually brings you back into the present, focused on being in your body. In his 21-day meditation for example, he brings your awareness around to different parts of your body, brings the breath up from deep within the earth, up into your body and around to different areas to tap into the awareness of this vessel that your spirit occupies in this lifetime.

In this way, you become more aware of how your body interacts in this reality. And through that, you begin to understand what other realities are also around us.

Mas brings the awareness deep through time as well, (which of course does not exist…) One of his meditations brings you back through different aspects of your youth, to the moment of your birth, what was happening in the room at that moment that may have affected your life, then back even before your birth into the deep history of cosmological time. It is hard to comprehend, but the meditation is very powerful.

In comparison to other energy workers / healers I’ve seen, I appreciated how down to earth and humble he is. The first night I saw him on his New York City visit he was wearing a suit, which I thought was nice. The hands on work is very physical in that you naturally move your body around, almost involuntarily. Then his energy work is different because he goes into your field and deletes distortions that prevent you from tapping your highest potential. I can’t speak to whether that is what actually happens, but what I can say is I’ve seen a lot of healers from the US to India and Mas is very very powerful in a truly unique way.

Detoxing: pushing out the junk

One way participants know its happening is the amount of “detoxing” that occurs after sessions with Mas. Detoxing in this sense means when life becomes bumpy because you are in the process of working out some of your inner blocks. It could just be a matter of having a bad day where everything seems to be going wrong for you.

One day for me, after his big weekend event in NYC, I found my head buzzing hard like there was a loud annoying noise constantly at my ears. Everything was annoying to me, I was sensitive to sounds, and people seemed to rub me the wrong way and it was “one of those days.” But because of that, I knew it was working. This is an important process to go through in order to move past current patterns and grow.

Think of it like a garden hose. If there is a clod of mud stuck in that particular “channel”, it could not operate to its greatest potential. The way to get that clod out, is to rout it out and push it through. And through that process, the water is going to be very muddy and eventually you are going to see this big clod of dirt that has been stuck in the channel. Maybe you didn’t even realize the channel was clogged. But when it is gone the hose will operate at a much greater capacity. Much the same goes for energy work. (This is my analogy, not Mas’.)

While he does have divine knowledge to impart to people, Mas is not a guru and actively tells his students not to “follow” him. He is very humble in saying that everyone has their own connection to Pure Source, and he simply helps you connect on your own. He teaches how to feel the spirit space of your body, which extends about an arm’s length all around us. This process brings us a higher perspective.

Mas helps release old frequencies and distortions in our energy field, and everyone I have talked to that experienced his work said it was truly exceptional. It is a very grounded, rapidly transformative practice.

In the grand scheme, he teaches us to see more realities. And he does that by showing us this one first.

Check out his site for more information and stay tuned for Mas stopping by your town! www.Massajady.com And check back to Meniscus Magazine next week when we’ll be discussing the energetic upgrade Mas received during his Seven Deadly Sins workshop in New York City in July. 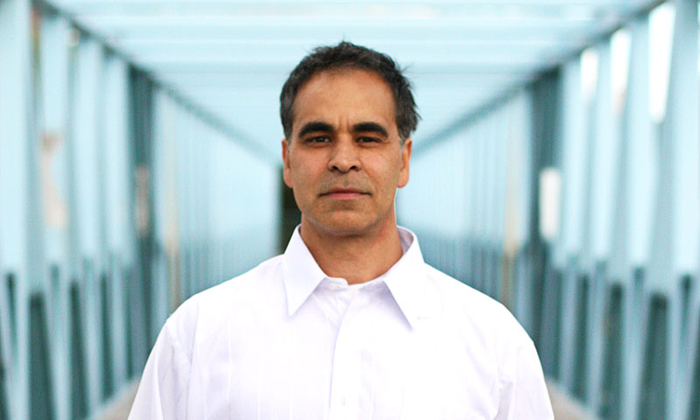