You are here: Home / #awakening / My Experience in India with Swami Sri Kaleshwar

.
Today, March 15th, 2014 is the second anniversary of Swami Sri Kaleshwar taking his mahasamadhi, meaning he ceased to be in his body and ascended to the infinite. I have been involved in his work since May 2010 and traveled to his ashram near Bangalore India that July. Most westerners have not heard of Kaleshwar—yet. I wanted to explain my experience with him for the benefit of my Facebook friends who see me posting odd pictures of these Indian gurus. So first of all, some basics:

Sri Kaleshwar’s mission “to bring a new kind of spirituality that creates happiness in every person’s heart, to change the world’s belief system and the way spirituality is practiced in the world, to make your life a divine message to this planet and to create spiritual masters, not students.”

You can’t mention Sri Kaleshwar without mentioning the Divine Lineage that he is the latest incarnation from, including Shirdi Sai Baba, Jesus Christ, Mother Divine, Mother Mary, Ramakrishna Pramahansa and Babaji among others.

Swami was born in 1973 and had thousands of Indian devotees as he was very well known in India as early as the age of 23 when he began to display divine healings and miracles that only a true Saint could exhibit. At the age of 24 he had already started talking about an early samadhi. 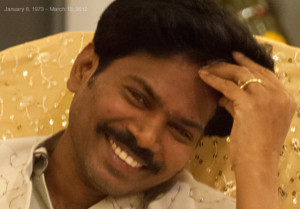 Kaleshwar’s mission was his students, specifically his western students. He said there would be peace on the planet when every city had 50 powerful healers. He taught from ancient palm leaf manuscripts, through powerful japa meditation techniques (mantras), processes and yogas (energetic yogas, not physical yoga.)

He incorporated teachings from the Vedas and was very connected to Jesus Christ whom he considered to be the most powerful Saint that had every walked the planet. Among the wealth of knowledge he left the planet with was a book, The Real Life and Teachings of Jesus Christ. Kaleshwar describes the mysteries of Jesus Christ’s life that have been known only to the divine saints of India until now.

Jesus Christ was quite an amazing and powerful person. I knew him personally. He was an avadhut, a fierce, gentle soul with a beautiful look and a face like a flower blooming. His look was so full of pure love. He was a flower blooming in the darkness.
- Sri Kaleshwar

Swami took his mahashamadi in March of 2012 at the age of 39. He was a living saint that built and occupied the Shiva Sai Mandier in Penukunda, India. I had “tasted the mango” prior to that at the weekly satsangs hosted by the Soul Mastery Foundation of NY.

My Experience with the Cosmic Energy

In July 2010, just 2 months after I had been introduced to the work, I traveled to India to see for myself what this energy was all about. I wanted to go to the source, to the electric factory, and grab with my bare hands the raw cables of energy coming out. I was not disappointed. What I found was some supernatural element-bending energy. This is why I came to India.

During Guru Purnima 2010, I was sitting on the steps of the Dwarkmi with my group of about 18 students waiting to go into the ceremony that we were about to partake in, an abhishek with one of the sacred power objects of Swami’s. 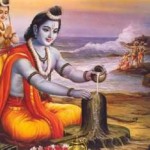 (An abhisheka is sanskrit for a ritual where you pour liquid such as water, milk and rose water over an object to “wash” your karmas and to pass the teachings from master to student.)

The Emerald Lingam is one of Swami’s power objects that he manifested, from what I understand. It resides in the Dwarkami with several of the higest power objects of Swami’s, including the walking staff that his ascended Guruji, Shirdi Sai Baba passed to him during a darshan. Kaleshwar connected through Baba to the greater Divine Lineage, most powerfully with the kinship of Jesus, Ramakrishna Pramahansa and Babaji.

I am standing in the hallway walking in next to another lingham, which has to be under water because it carries so much energy. I was trying to pay attention and be present in the moment as we were shuffled into the core room of the Dwarkmi for the process. (Dwarkmi is a high energy chamber that holds high divine power objects and would ultimately become the final resting place for Kaleshwar, with his body being the final power object.)

In the room we quietly sit down on the marble floor, and ultimately basically sitting on the space that Swami will finally be buried after he took his mahashmaidi. It was a powerful space.

Following the senior students, we began chanting out loud the Sky mantra. Meanwhile in a conveyour belt style production line, we fed water to the center of the room where we would take turns pouring water over the Shiva Shakti Emerald Lingam. Everyone kept their eyes afixed on the water pouring down in a divine abhishek.

The Sky mantra is a powerful Shiva mantra which invites angels to come and is used in many of Swami’s high divine ceremonies. It is a beautiful mantra, used to power up the high divine energy. I always naturally chant it when on my mountaineering trips in the high peaks of Colorado. The energy is high, clean and calm. When ever I chant it to myself in New York City, I see people looking at me, they are attracted to something going on, as it opens up the hearts of people around you.

Chanting and chanting, going higher in our voices to raise to the sky, we sat there and kept pouring the water on the lingam, cleansing and cleansing. I could feel the energy building. I started to get dizzy and nauseous. I found it difficult to continue sitting up even though I had a nice pad to sit on, I wanted to lay down and pass out! I kept looking around at all the images around me, the power objects around me and I could feel the lineage for the first time.

Ramakrishna Pramahansa. Wow. Ok. I get it.

I could see the reason I came to India, the roadmap of my life up to this point. The retrospective of seeing my upbringing and dynamics that led me to moving to New York, to finding this satsang to attend, to goad my curiosity into signing up to a trip to India 2 months later for Guru Purnima—everything leading me up to this moment right now! My mind swirled in a philosophical trance.

And then BAM we stopped chanting. At that point I had forgotten we were even chanting.

When the silence took over, my body was still but everything around me shifted into action. The marble walls of the Dwarkmi began pulsing in waves like in a scene from The Matrix. It was unlike anything I had ever experienced. It was incomprehensible, other worldly. I was holding on to the live wire of spirituality, electrifying myself and facade of the world shook wildly around me.

I was dizzy, the laws of physics were skewed, solid marble was fluctuating like waves. I was nauseous, I felt like I was spinning upside down, like the first time you got too drunk and were spinning in your bed. Except I was more aware and sober than I had ever been in my life. The energy of this Emerald Lingam and the Sky mantra raged through reality around me in utter silence. Shirdi Sai Baba was there. Swami was there, as with a whole lot of other characters that I did not officially meet until that day. That was the day that I met the Divine Lineage.

When Sri Kaleshwar took off from the planet on March 15th 2012, he became a million times more powerful than when he was in his body. The dwarkmi where I was sitting now serves as the final resting place of his body, buried beneath, and serves as a temple for his followers. 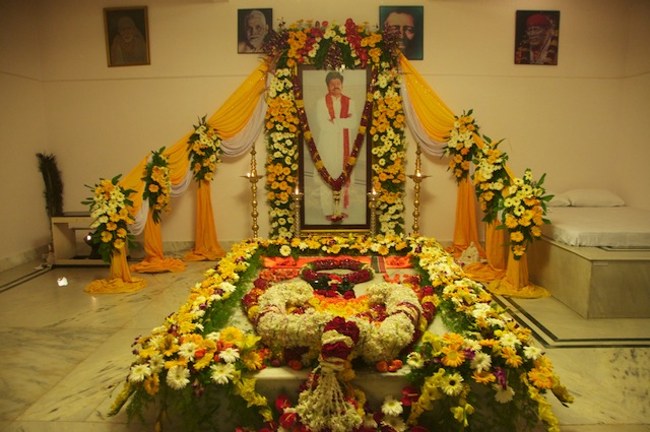 Many of us continue to carry the traditions onward. I stay active in the group by participating in conference calls, joining in certain processes, and over YouStream, where we energetically take part in fire pujas and abhisheks. We also abhishek our statues of Sai Baba and Ganesha on special occasions, and continue to do mantras every day.

If you are interested in learning more, the American group is leading the way to bring these teachings to the planet from our ashram in Laytonville, northern California at divinelineage.org. You can also connect to the Indian group on www.kaleshwar.org. There are also local groups across the country in Colorado, Ohio and Santa Cruz among others. The cool thing is there is now the technology to take part no matter where you are. 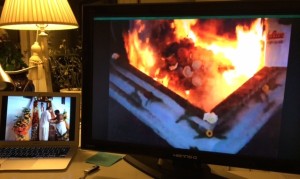 Today over YouStream we watched the fire puja in Laytonville and the actual Dwarkmi ceremony simultaneously. Ancient knowledge, modern technology : )

The work of Swami Sri Kaleshwar is the most powerful work I have experienced in my spiritual exploration. If you resonate with the work, I highly encourage you to explore further. Let me know if I can help.