You are here: Home / NYC / Occupy October 15 – United and reinventing the world

If you are satisfied with what the world is like, have confidence in our politicians and believe nothing really needs to  change, then please disregard.  This movement is not for you.

If you think otherwise, keep listening.

There are many that agree with you. 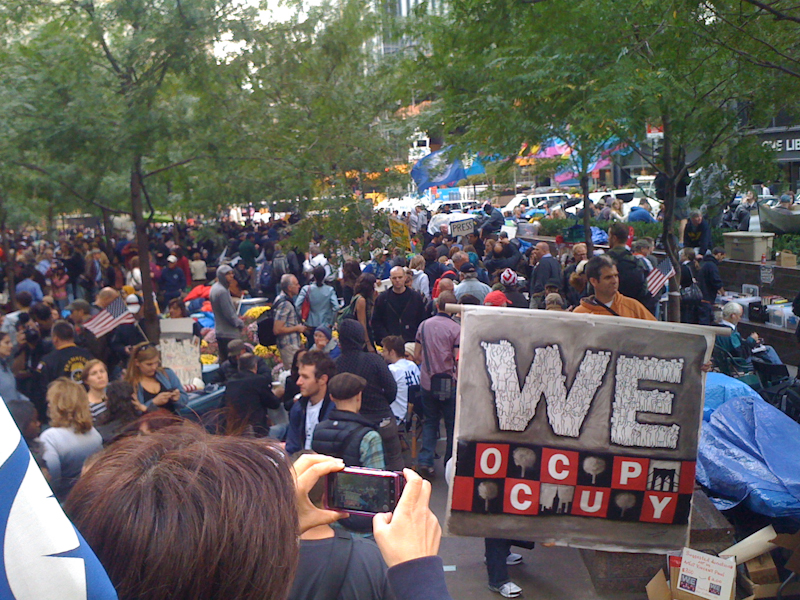 I visited the protests this morning, quite a group of respectable people. Lots of business people in suits; lots of older folks fed up with the banks; lots of United States War veterans that sacrificed life and limb for this country. Of course there is the Marxist crowd that has been looking for change for a long time.

But there was a majority of conservative leaning protesters that were angry about the radicals who have taken over the Fed and wave the word “capitalism” around up to the moment when they are about to fail, then cry to the government that they need a bail out. The true capitalist would take it like a man and FAIL, capitalism is designed to weed out the weak by their own destruction. 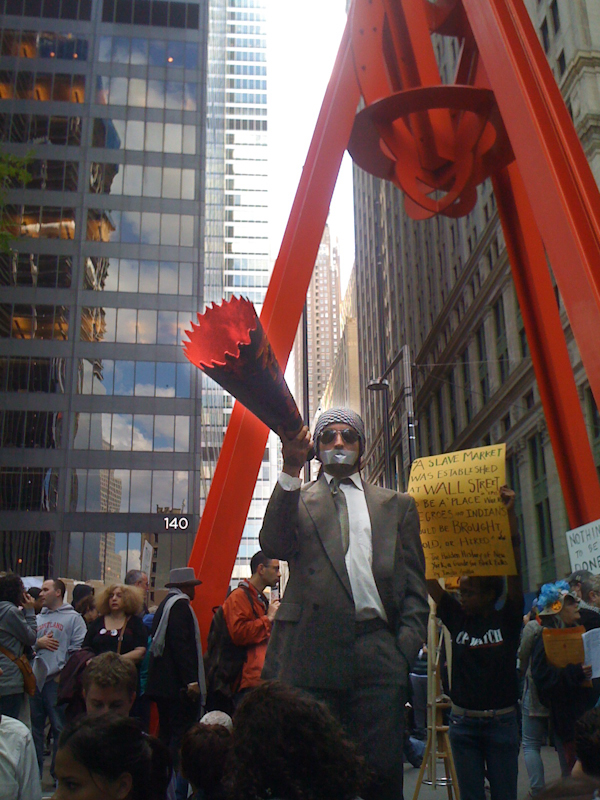 "It takes a revolution to make a solution."

Although there are many viewpoints expressed through the Occupy movement, the main focus is the banks and Goldman Sacs. 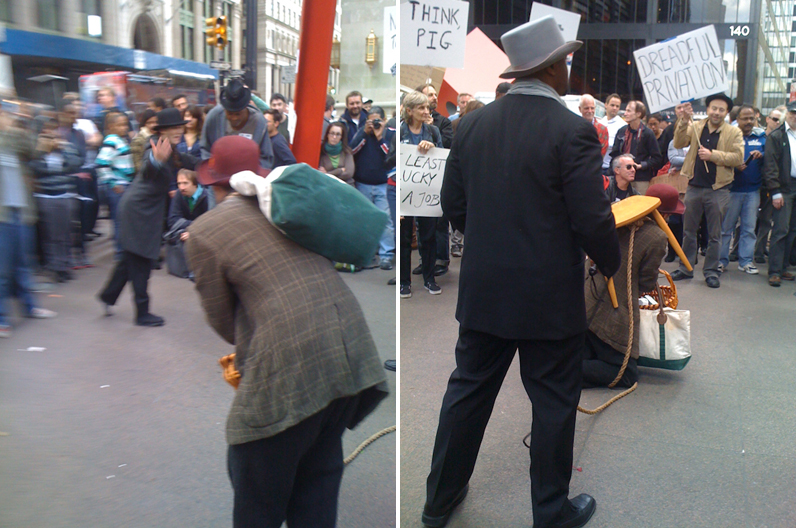 The repeal of the Glass-Stegall act that was put in place after the great depression to separate commercial banks from investment banks, preventing banks from gambling with our money. When that act was repealed in 1999, it opened the door to this global financial crisis. Yes, I think we all agree in this case that wealth redistribution is stealing. So people–both liberal and conservatives–are pissed that the government led by Bernake, Paulson and Geitner, gave away nearly a trillion dollars of tax payer money to banks that gambled away their own profits but were deemed “too big to fail.” 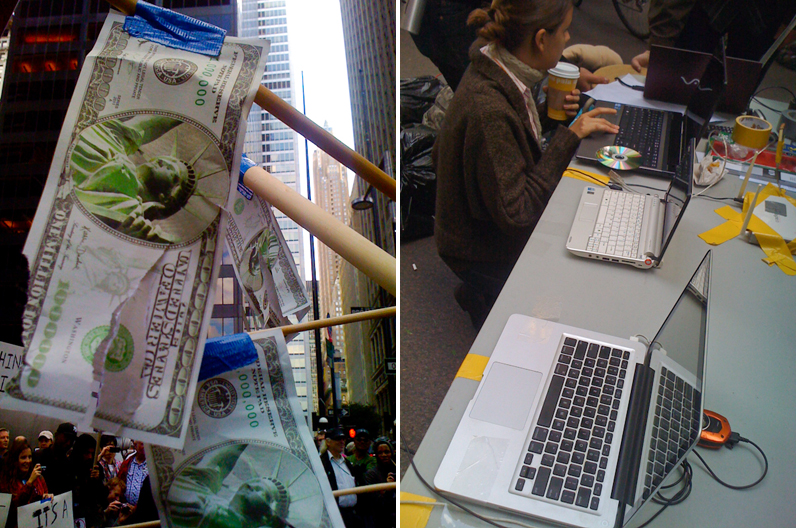 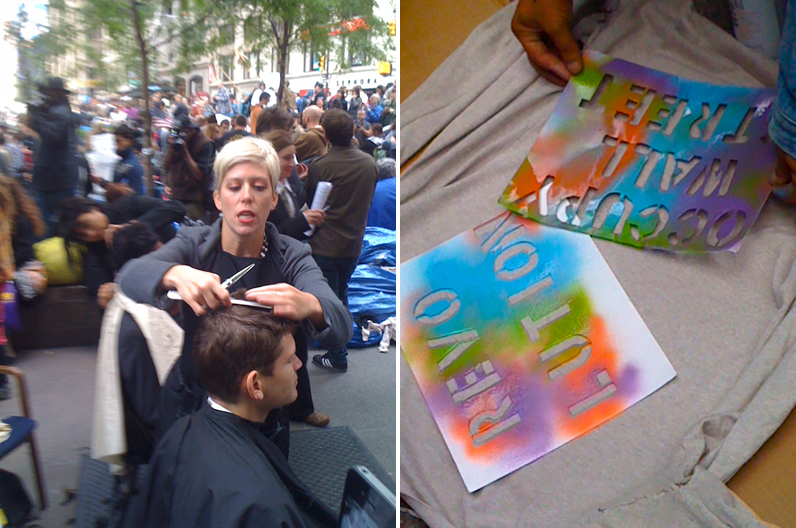 Zuccotti Park, wich is basically between Wall St and WTC memorial, has transformed into an operatioal headquarters. 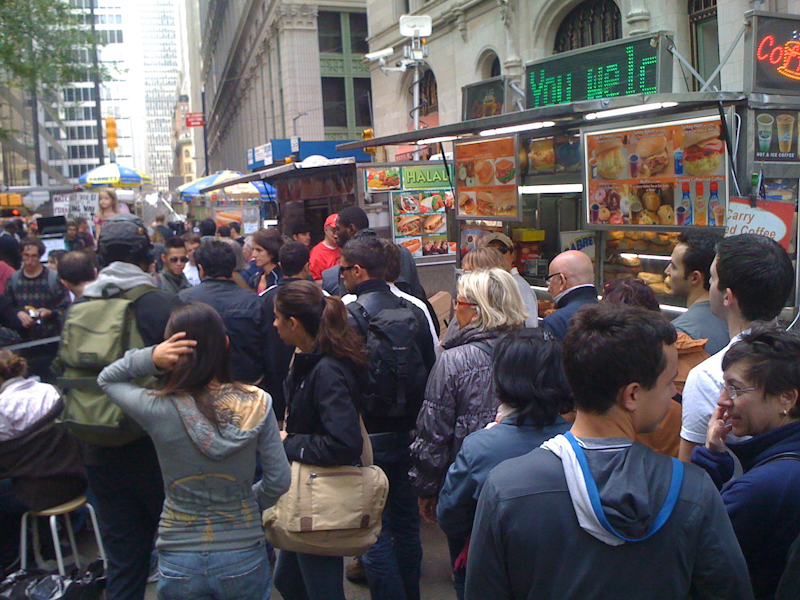 And typical of New York City, the food truck were right there serving. 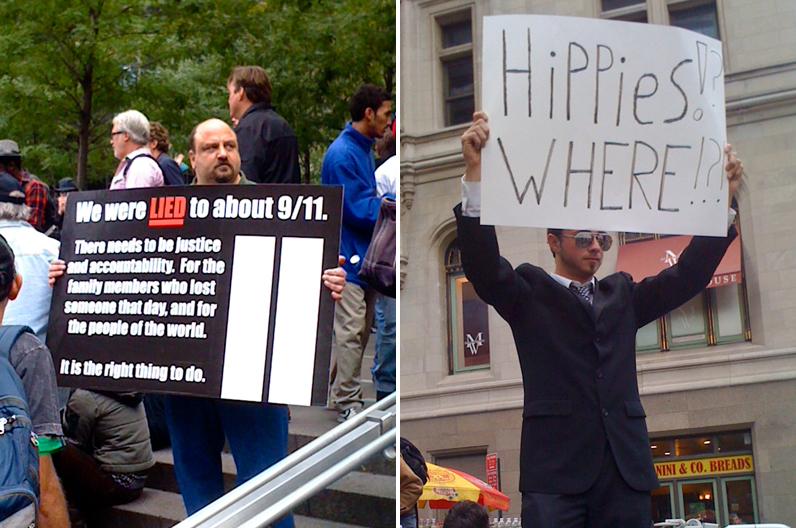 "Too much confusion, so much frustration, eh!" 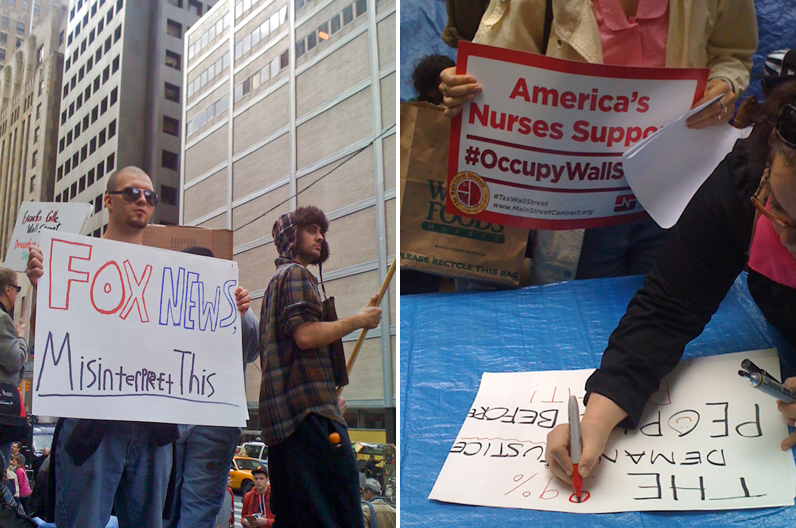 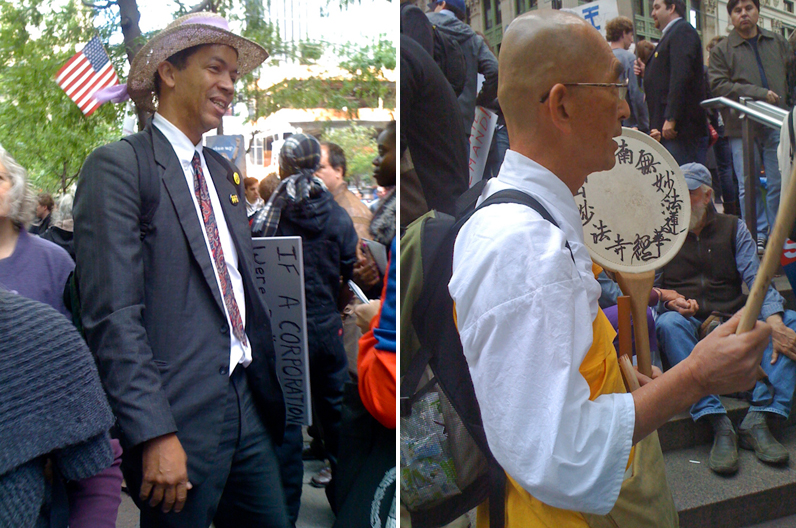 "So, my friend, I wish that you could see, Like a bird in the tree, the prisoners must be free, yeah!" -B. Marley 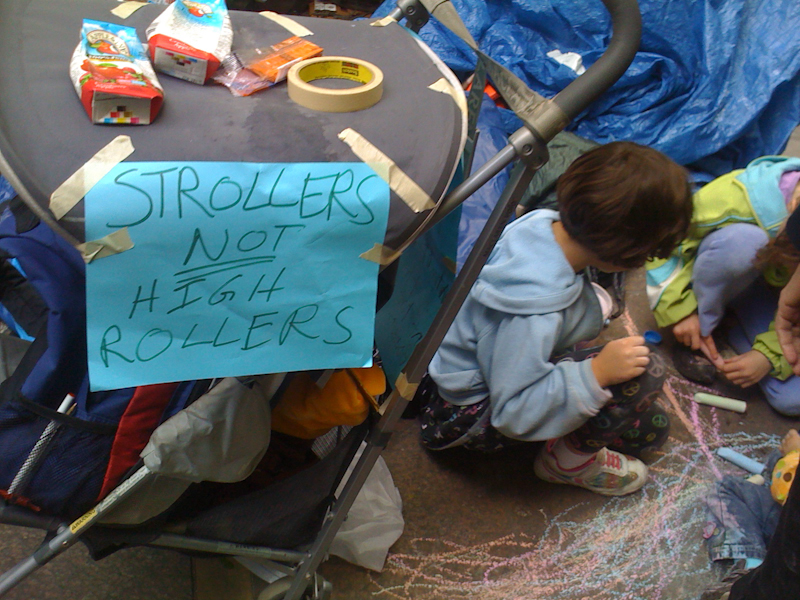 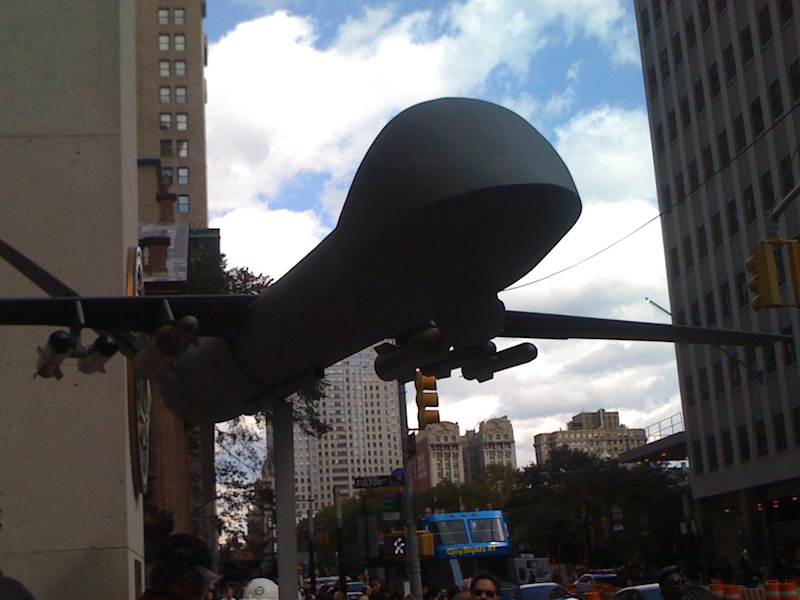 There was a predator drone. 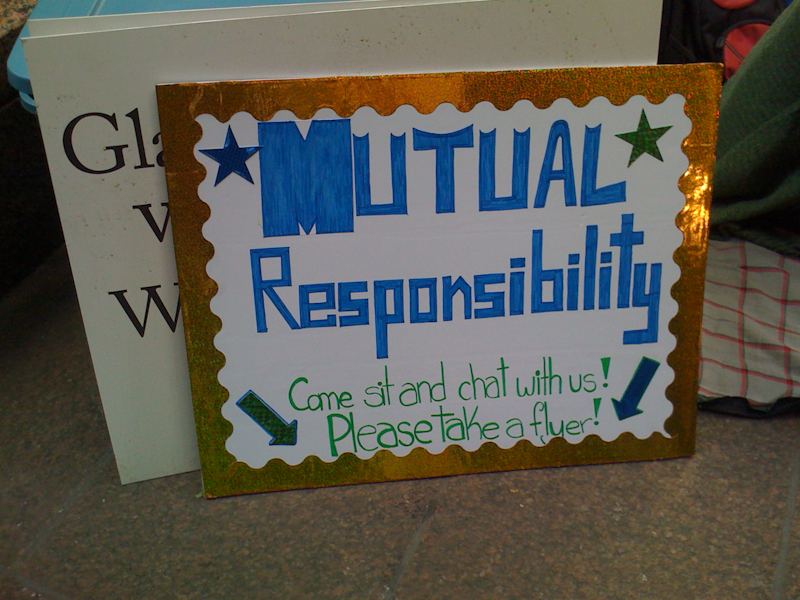 Make no mistake, these people out here want accountability. This is no ordinary hippie protest looking for handouts. These are intelligent people looking to create solutions. 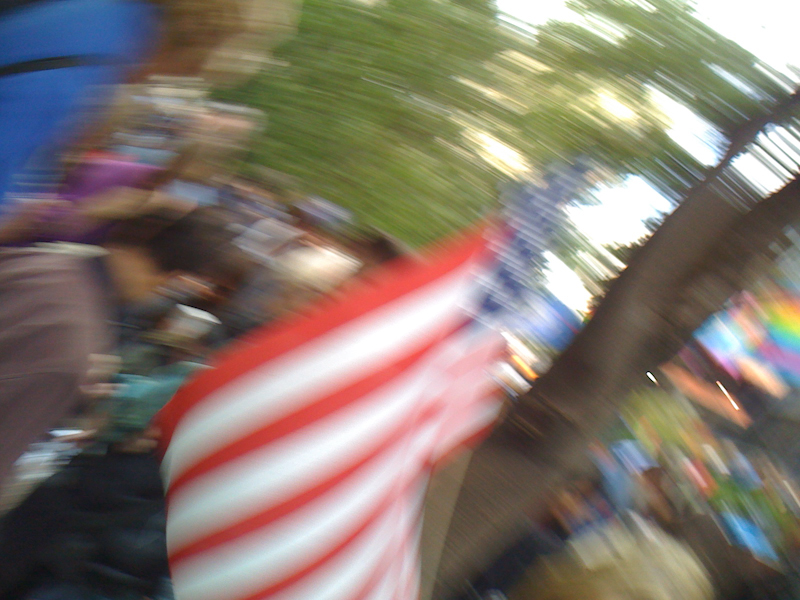 so·ci·o·path: A person with a personality disorder manifesting itself in extreme antisocial attitudes and behavior and a lack of conscience. 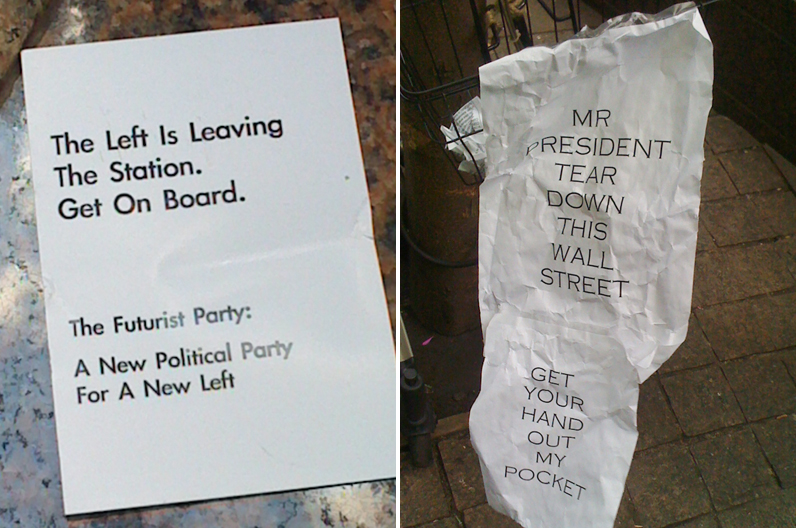 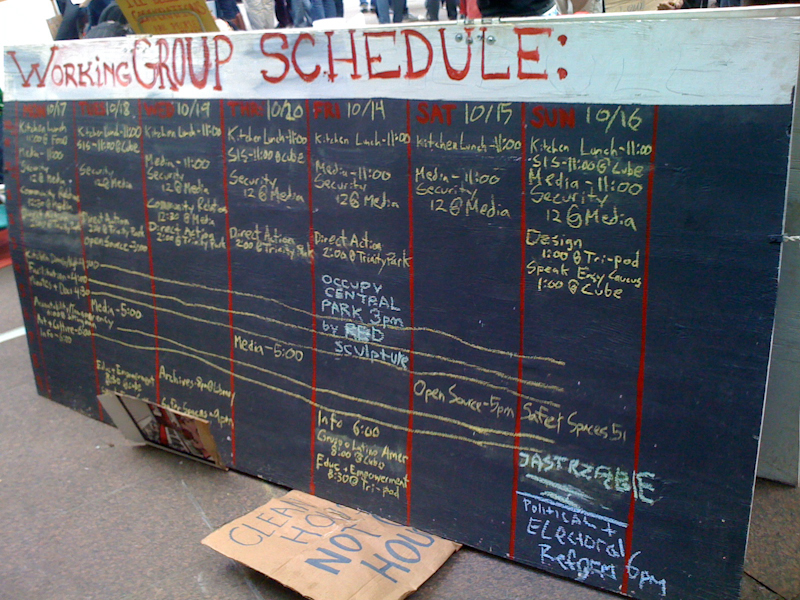 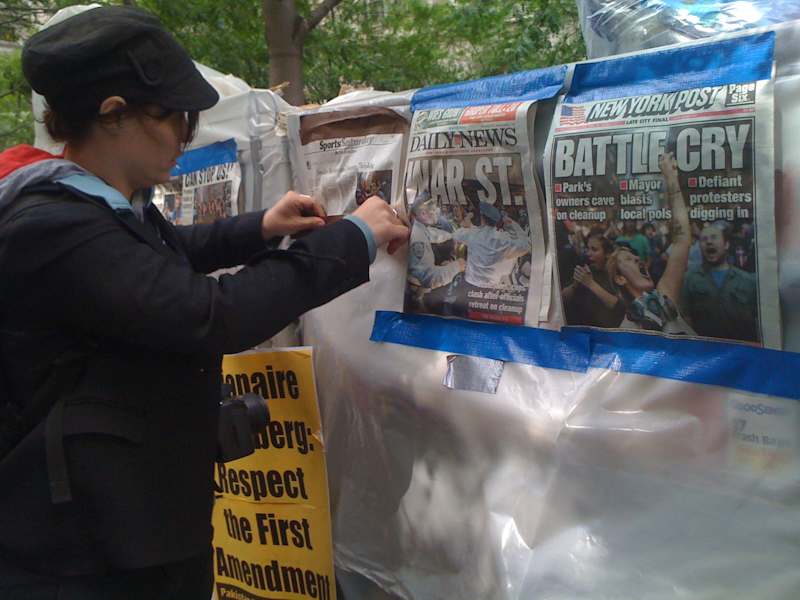 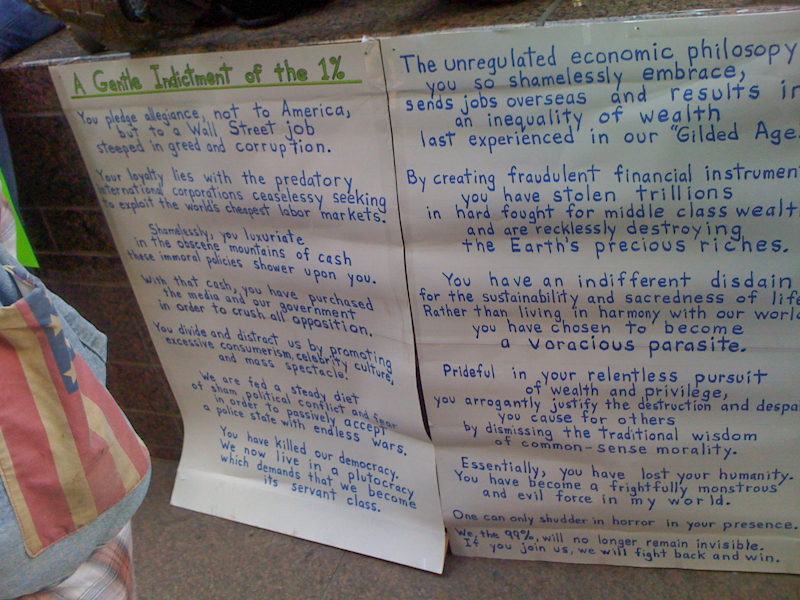 I think this does a good job of describing the feelings of the majority of the Occupy movement.

We are all creators, so in the mean time... 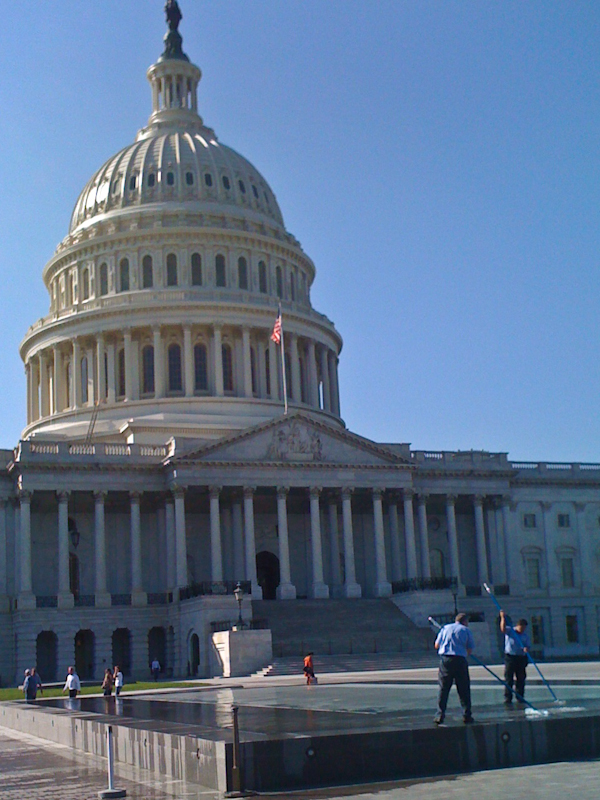 ...while we organize the people to clean up the capitol building... 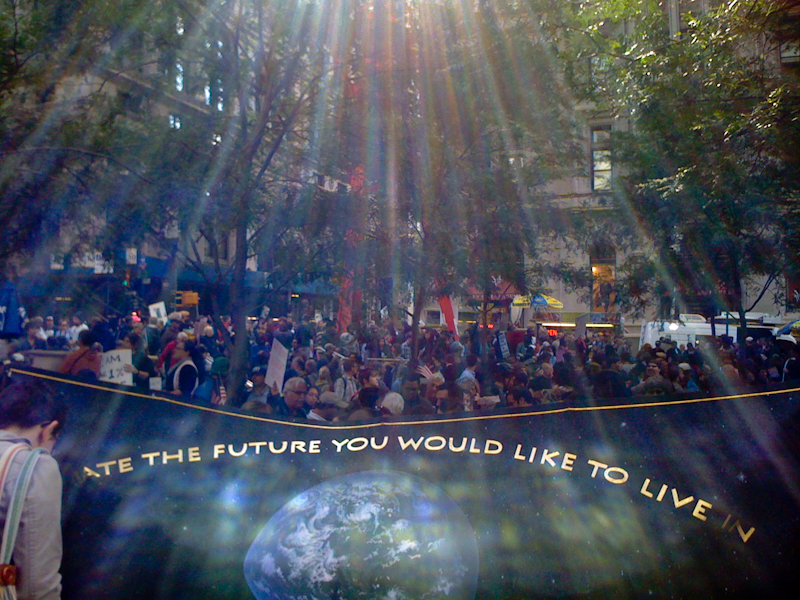 ..."Create the future you would like to live in."