New York is not only the greatest city in the world, but it is a great teacher as well. The density of culture and technicolor array of ethnicities brings together an anything-goes city where nothing is out of the ordinary.

It has been said that only after living here for seven years one can officially call themselves a New Yorker. I just crossed this line in November and was reflecting on what the city has taught me over seven years of New York minutes.

- Herd mentality: Watch the crowd, when every one rushes to the exit from a packed train, if you stop for a moment and wait for the wave to pass you will have a much smoother experience. Patience will prevent you from having to cram shoulder to shoulder with the frenetic fury going up the stairs. Work with the eddy currents, you can wait 2 seconds, throwing elbows towards the exit will not get you there any sooner.

- Something about us: My favorite subway incident is when strangers sit on each other’s laps. Yep, you heard me, it happens like this: someone is delicately trying to squeeze into a tight seat next to two unyielding tooshies. Then right when they get the courage to sit down the train lurches into motion and BAM! sitting on a strangers lap. Humanity at its finest.

- Bold is gold: If you want something you have to take it. Be nice about it, but be it driving on 7th avenue among with cabs and busses, summoning the strength to talk to The Girl, or going after that job promotion, if you don’t act boldly, you will get swept up in the crowd. 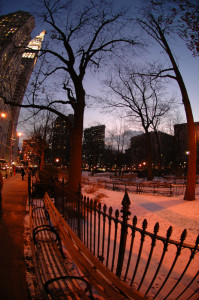 - Madison Square Garden is neither a square nor a garden, but it is an epic arena. Madison Square Park, however is a square garden, and my favorite park in the city. (I also got engaged there, so I own a little piece of it : ) Check out the new art installations every spring.

- Spit it out: People are overwhelmingly passive aggressive. If you speak clearly it will be appreciated. Don’t fill your sentences with filler–like, ya know, those totally, um.. basically useless words that we LITERALLY overuse all the time. Ya know? And if you don’t want people to treat you like Jeff Spicoli, stop saying “dude”. That is totally 1982, bro.

- Learn to relax: the key to living in Manhattan—or anywhere that is—is learning to relax. Have a calming home, do yoga, go to the park, meditate, calm your mind. Your career, relationships and organs will thank you.

- Get enough sleep: You can spend 24 hours a day doing stuff here, but if you get enough sleep you’ll be much more productive during the day. The city that never sleeps eats insomniacs for breakfast.

- Support your adrenal glands: Adding adaptogens to your diet will help you with strength, stress relief and endurance. Some of my favorite are ginsing, maca, cordyceps mushrooms, ashwaganda and holy basil (tulsi). Do your adrenals a favor and add some of these to your daily regimen. 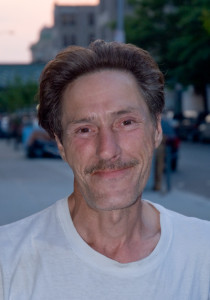 - Spare some love: When you see a homeless person begging, don’t ignore them like they don’t exist. Don’t give them money, but I always say “God bless” to every one of them—at least in my head. These are people too, just because they are hard-up or were born with a mental state that precludes them from having a ‘normal’ life in society, does not mean we should be rude to them.

One word of advice, do not give them money, give them food. If you give a person money and they buy drugs, that is bad karma for you. You don’t want to be supporting someone’s crack habit anyway. Sometimes its hard to tell. The way to get around this is to give them food. I try and always carry granola bars or fruit around. (If they don’t take it, you know they are looking to buy drugs.) Note that some homeless people can’t eat granola bars if they don’t have teeth.

The greatest gift you can give them is to allow them to keep their dignity. If you really feel for someone, buy them a hot lunch. Your Karma will be much better.

In the grand scheme, Karma is kind to those who are kind so if you always treat people like you would want to be treated, you will be in for some magical surprises along the way—in New York City or anywhere. Plant good seeds my friends, and you will be pleased!